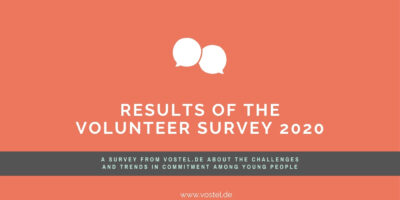 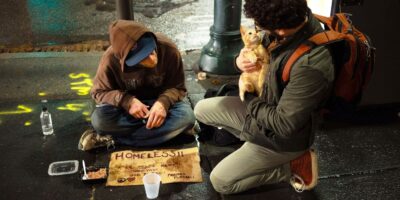 What exactly is the difference between „Ehrenamt“, „sozialem, bürgerschaftlichen Engagement“ and „Freiwilligenarbeit“?

The more numerous the possible areas of voluntary work become, the more diverse are the definitions. Unfortunately, the definitions cannot be precisely formulated, but they have very specific focuses. Therefore, I would like to give you an overview – so that you can not only find the right volunteering but also the right title for you on vostel.de.

Often all definitions for voluntary activities are combined under the classical “Ehrenamt”. That this is no longer the case today, however, it becomes apparent when the word is broken down. “Ehre” and “Amt” describe voluntary activities, in whose office you are usually elected and which are traditionally connected with reputation, for example in the citizen representation or clubs. The unpaid activity is carried out publicly, is intended to benefit third parties and is of a long-term nature. Volunteers identify with their work and may have grown up with the organisation they support. If, for example, you are elected treasurer in your sports club, this is classically referred to as Ehrenamt.

Nowadays this work has shifted and volunteers tend to get involved on a project-by-project basis. You find such Ehrenamtliche more rarely today although organisations often wish for a long term commitment of support.

This means any social action that benefits the general public, the form of a donation of time or money. On vostel.de you will possibility to donate your time by getting volunteering for a . The public character of your activity is also important because strictly speaking it does not count as “ Engagement” if you occasionally support a or a family member in carrying the groceries. Instead, as part of an , you support for example people affected by homelessness with warm meals.

This kind of volunteering has its core in the already mentioned “ Engagement”. If you take a closer look, however, it is a bit . Here you are actively involved in the practice or laws or human rights. You represent an active part of and stand up for your convictions. A good example of this is , but also participating in public ns.

For some years now, many young people are taking a break after their time in school in order to gain important key competences for education/ studies/ profession. What used to be an alternative to military service (Zivildienst) is now a “Freiwilliges Jahr” or a “Bundesfreiwilligendienst”.

During this voluntary year, which can last between 6 months and 2 years, the volunteers attend supporting events to share their experiences with other volunteers. For their work, volunteers are often provided with accommodation, meals and pocket money. A contract is signed and the volunteers spend their time with one organisation.

Often universities and colleges grant advantages during the study, if you have done a voluntary year before, for example the work can be credited as a practical course.

What can I find on vostel.de?

On the volunteering platform you will find short and long term volunteering opportunities, Ehrenämter and bürgerschaftliche Engagements. You can get involved in a variety of areas for different target groups and on a variety of topics. Here you will not only find the right title for you, but also a matching “Engagement”.