Pride Month – Commitment in the LGBTQI*-community 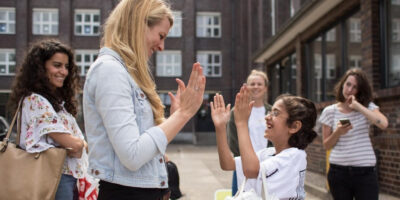 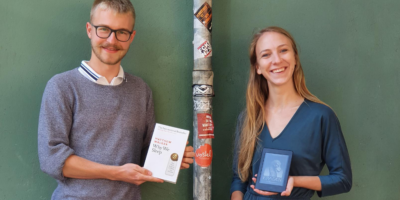 It’s June – and therefore Pride Month. An additional reason to pay more attention to the topic of LGBTQI* commitment. In this blog article you will find some background information about what Pride Month is all about and why it is being celebrated in June. Furthermore you will find inspiration about the organisations you can get involved with in the LGBTQI* area and the launch of – tadaaa – our new LGBTQI* filter in our vostel-o-mat. Followed by some film and series recommendations from our team, because widening your own horizon can also be commitment.

What’s Pride Month all about?

WHAT DOES “PRIDE MONTH” MEAN?

This month is an occasion for all people from the LGBTQI* scene to celebrate the open approach to their sexuality and self acceptance. “Pride” stands for the self-confident handling of one’s own sexual orientation and identity. Connected with it also for accepting oneself as one is. The term “Pride” is not meant to express arrogance, but rather a response to the heteronormativity of the society, in which all sexual orientations except heterosexuality are seen as something to be justified or even ashamed of. The term stands for the opposite of shame, into which non-heterosexual people have often been and unfortunately still are forced.

WHY THE PRIDE MONTH IS CELEBRATED IN JUNE?

Central to this is Christopher Street Day, which commemorates the night from 27 to 28 June 1969. That night, police officers stormed the gay bar “Stonewall Inn” in Christopher Street in New York. This was nothing new at first. What was special about this night was that for the first time a large number of visitors resisted arrest, which led to a violent confrontation. Since then, this event has been considered a turning point in the lesbian and gay movement’s struggle for equal treatment and recognition. This turning point is celebrated worldwide every year with the Christopher Street Day, which is usually referred to as Gay Pride in English-speaking countries.

Commitment in the LGBTQI* community with vostel.de

Many of our partner organisations work for more equality and in doing so provide targeted support to specific social groups. In the following, we introduce you to those who are specifically committed to the LGBTQI*-community – be it with space for free development or events, with lobbying, consulting or educational measures:

AHA stands for “Allgemeine Homosexuelle Arbeitsgemeinschaft” and is a voluntary association that offers space for groups and events and a contact point for queer people. It is one of the oldest consistently active LGBTIQ*+ associations in Berlin.

The LSVD works for the legal and social equality of lesbians and gays through political lobbying and intensive press and public relations work as a civil rights, self-help and welfare organisation. The LSVD offers legal advice, a mentoring programme, family advice, events and sports activities.

Outing Blog e.V. is committed to the education of sexual and gender diversity. Since its foundation, a wide variety of projects have been realized by the association’s employees: In addition to an online project, educational activities in schools and large-scale projects with youth centres, this year a book and café will follow. They are also involved in various campaigns, such as the “Drag hat Style” campaign, which focuses on women’s rights, self-esteem and strength.

Münchner Aids-Hilfe e.V. informs about HIV, reduces discrimination, advises and cares for positive people, refugees, trans-inter people and LGBTI* senior citizens. It is part of the Münchner Aidshilfe philosophy to provide help to all those who seek it. They work both in a target-group-specific and structural way, because individual help and social changes are viewed as mutually dependent.

Sub e.V. offers a non-discriminatory environment for the individual development and a self-determined life of gay men in Munich. The psychosocial advice centre, the prevention project, the self-help and leisure groups, the service and information facilities and the association’s café are open to all gays – regardless of age, income, migration background and status.

Queer Refugees Deutschland | all over Germany

You know other organizations that should be present on vostel.de? Or you work for an organisation or maybe you have founded one yourself? Then write us a mail to hello@vostel.de.

New on vostel.de – the LGBTQI* filter

Just in time for Pride Month there is finally a new filter option on vostel.de – the LGBTQI* filter! This makes it even easier to find projects on our platform that are active for the LGBTQI*-community.

Films & Series from the LGBTQI* sector

Films and series give us the opportunity to widen our horizons and educate ourselves further. Since this can also be a kind of engagement, we have collected 7 film and series recommendations for you, which tell about people in the LGBTQI* area. All recommendations have been seen by at least one person from our team and found worth seeing.

Do you have another film or series recommendation?
Then share them with us in the comments!

Through our social media channels (Facebook, Instagram, Twitter) we present many exciting projects. We also keep you up to date on interesting topics from the world of volunteering.