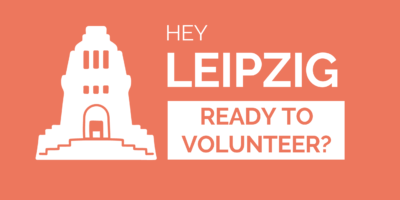 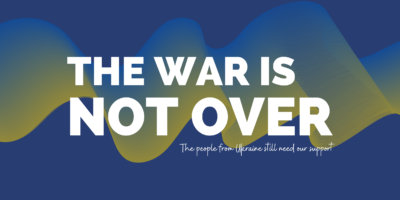 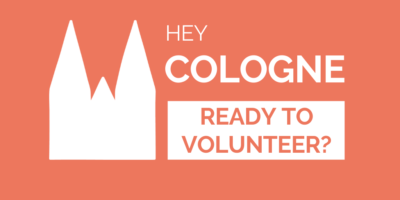 Commited in Spring | 5 projects for your volunteering in Cologne

Today, August 12, is International Youth Day. Proclaimed by the United Nations in 1999, the Day of Action was introduced to further focus the world’s attention on the concerns and problems of the world’s youth population.

With 8.5 million young people in Germany, they make up a full 10.3% of the total population. This part of the population needs a lot of support, because the phase of life called youth is an eventful and often exhausting time, which can be decisive for the rest of one’s life. It is characterized by development and change – puberty, finding one’s identity, finishing school and starting the further education. All part of a process at the end of which young people are independent of their parents and take their own lives into their own hands. Because of these many developmental tasks and because young people – even if it may sound flat – are our future, the support of this age group is very important.

To celebrate the day, we have collected projects on how you can get involved specifically with the target group of young people and support them in this challenging phase of life.

With its courses, the ReDI-School tries to support children and young refugees in their professional and social integration. Together with experienced teachers, you can impart basic knowledge in HTML, coding, robotics, video editing and/or social media management.

2 | SUPPORT IMMIGRANT YOUTHS IN THE CONTEXT OF EXCURSIONS AND WORKSHOPS

The organisation ZuBaKa facilitates the start into the education system for newly arriving students through its school projects. In weekly project lessons, you can support the so-called ZuBaKa scouts in organising and supervising excursions and workshops on the topics of arriving, networking, career orientation and the transition to the regular classroom, thus actively promoting the strengths of each individual.

3 | COACH IN THE SCHOOL SECTOR FOR TEENAGERS AND YOUNG ADULTS

The project “Coaching – Jugend!” of the AWO Frankfurt is aimed at teenagers and young adults from 12 to 27 years of age, with and without a migration background, who need one-to-one support in school. As a coach, you can not only support students in developing their competence in the respective problem subjects, but also help them to gain self-confidence and independence.

The MUT Academy encourages young people to manage the transition from school to work. For this purpose, so-called MUT Camps are organised: 5-day learning camps for 36 young people in the 9th and 10th grades. In preparation for the oral secondary school examination, they are currently looking for team teachers who will spend four days working intensively with young people in grade 9 on technical content. And who will support the sports and leisure programme in everyday camp life.

The non-profit association Zeichen gegen Mobbing e. V. works on improving tomorrow’s living together. Therefore they support affected persons, schools and parents in dealing with mobbing with preventive anti-mobbing workshops. As a social visionary, you will be optimally trained with online courses to prepare and implement workshops at schools later on.

In the Utopia Freizeitstätte (Leisure Centre) the Utopia Football Friday takes place every two weeks. Spoilers: You don’t have to be a football ace for this! It is aimed at the residents of the refugee accommodation in Ramersdorf-Perlach as well as at the young visitors of the Utopia Freizeitstätte. During the football matches you can support by always being a contact person for the players, by writing down the results on the tournament schedule, by keeping an eye on the overall situation. And at the end of the day by finishing the evening with the young people in the recreation center. Sounds good? Then get in touch with the Utopia Freizeitstätte!

7 | SUPPORT YOUNG PEOPLE IN LEARNING GERMAN AS A “SECOND LANGUAGE”

The Rummelsburger Dienste für junge Menschen (Services for Young People) support students of different language levels in learning German in the lessons “German as a Second Language”. In addition, they are encouraged and supported in individual practice units during the lessons. They would be happy if you would bring some variety into their daily learning routine once or twice a week.

8 | BECOME A MENTOR FOR A PRIMARY SCHOOL STUDENT

STARTBLOCK-RheinMain is looking for mentors to support school children in maths and German, to listen and encourage, to kick the balls and do handicrafts. The mentees are mainly primary school children from Mainz and Wiesbaden, but children from secondary schools are also occasionally supported by mentoring. If you would like to support children between 6-12 years of age, they would be happy to hear from you!

There’s nothing suitable for you? Then discover many other volunteering possibilities for young people on vostel.de!

Have fun volunteering! Your team from vostel.de

Commited in Spring | 5 projects for your volunteering in Cologne