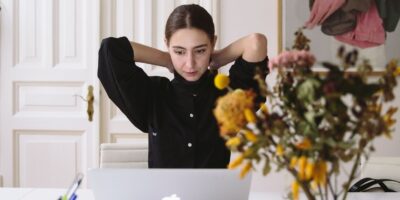 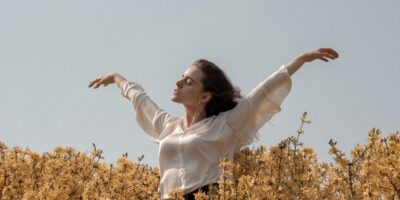 Since the trend of Black Friday and Cyber Monday is spreading more and more globally and has meanwhile also established in Germany, it is almost impossible to avoid the mega bargain super sales consumption mania at the end of November.

But parallel to this, a globally growing movement is developing, which opposes this hyperconsumption with a very simple idea: Give instead of take. It is called #GivingTuesday and takes place every year on the Tuesday after Black Friday and Cyber Monday – a date you should remember.

Dear Claudia, thank you for taking the time to tell us more about #GivingTuesday. For all those who have not heard about it yet: What is the idea behind this day? Where does the initiative come from and who is it aimed at?

#GivingTuesday is a global movement that, after Black Friday and Cyber Monday, focuses on generosity and warmth in all its forms. The initiative is supported by a worldwide network of associations, clubs and organisations that are working together on this day to promote the idea of giving. In principle, everyone can simply take part: e.g. with a good deed on 1st December.

Whoever participates on this day becomes part of a movement that spans over 70 countries. Our initiative #GivingTuesday Germany is especially committed to organisations and projects that make our country a better place. We want to help to carry their stories out into the world, according to the motto: Giving can be so easy.

How did the idea find its way to Germany and what role does it currently play here?

For us, everything started with GivingTuesday Munich, which we started independently through my association THRIVE International e.V. already in 2015. Two years ago, on the initiative of the American GivingTuesday umbrella organisation, we also took over the coordination of GivingTuesday Germany, for which betterplace.org was previously responsible.

Since then, the awareness of #GivingTuesday has been growing – also with us – and we are currently supporting all actions in Germany that deal with the idea of giving – through our know-how from the global network and campaigns on social media. In the coming years we would like to further increase awareness: with more press work and strong national partners.

Since 2015 you are part of the organisation team of GivingTuesday Munich as project lead. What is special about this event and how has it developed since its beginning?

Everyone who visits our event should experience the joy of giving. At our event, personal exchange with the organisations and a varied supporting programme all about giving and doing good are important to us.

The first #GivingTuesday Munich took place in 2015 as a small event with four exhibitors and about 20 guests. As part of a worldwide movement after the high-consumption days of ‘Black Friday’ and ‘Cyber Monday’, we wanted to set an example for the good cause in Munich.

Since then, #GivingTuesday Munich has set itself the goal of offering smaller initiatives and projects from Munich in particular a platform to present themselves within the framework of an attractive event. Last year we were pleased to have a nice event in the main branch of the Stadtsparkasse im Tal with 400 guests and 35 exhibitors and partners.

The next #GivingTuesday Munich will take place on 01.12. What is different this year against the background of the current Corona situation?

The live event will of course not take place. And we have not been spared by the Corona crisis: the sponsorship money did not materialise. But we have a strong and imaginative team and have now created free videos for social media for our “exhibitors” in the last few weeks and will publish them until #GivingTuesday. In short: we now offer online social media to the Munich organisations a stage on Instagram, Facebook.

GivingTuesday is all about helping and supporting. Is there the possibility to support your team and if so, what would ?

Yes, we are looking for social media managers and graphic designers to support us beyond #Givingtuesday. If you would like to become part of the team, please contact us at givingtuesday@thrive-international.org.

And one last question: Are there any encounters, initiatives or projects from recent years that you still memorize?

Oh, there are so many great projects in Munich: our projects Stell Dir V(o)R and Weihnachten auf der Straße. For example, Engineers Without Borders is always present at #GivingTuesday from day 1. Peace of Paper has always sold such great self-stamped cards for a good cause. rehab republic and Green City with their numerous projects in the field of sustainability. vostel.de was also present with a stand last year 😉 And, and, and….

Read more on #GivingTuesday Germany and how you can get involved:

Claudia Loewe from #GivingTuesday Munich & Germany
and your team from vostel.de