Homelessness in summer | Why your support is equally important now 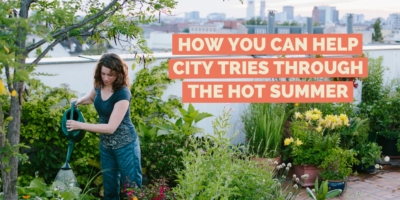 Volunteering in Hamburg | 5 projects you can support now 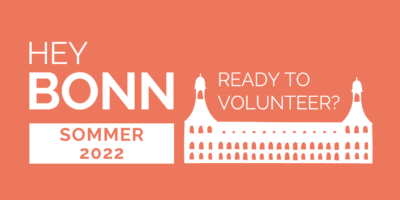 5 charitable projects for your volunteering in Bonn

In the minds of many people, homelessness seems to be a pressing problem only in winter. Probably because the contrast between one’s warm home and the cold on the street is much clearer than in summer, when everyone is outside anyway. For this reason, homelessness is less noticeable in summer. On the other hand, the thought suggests itself that the warm temperatures make being outside much more pleasant. The truth is, however, that homelessness is just as big a problem in summer as it is in winter, but the difficulties are different.

Cold in winter, heat in summer

What the cold is in winter and the associated danger of hypothermia and the risk of freezing to death, the heat is in summer. Homeless people are often exposed to it without protection when they stay in one place to collect money or wander through the city. The supply of drinking water is not always the highest priority and it is not always easy to get it.

In addition, of course, there are also problems that persist all year round, such as displacement, violence, the lack of medical care and poverty. The only thing is that in summer there are significantly fewer permanent places to sleep in emergency shelters, the willingness to donate decreases and far fewer people get involved in this field. So life for people without a permanent home does not really get easier in summer.

Your support helps, even if it is small

You can support the people concerned with very small acts of kindness. You go to a supermarket where a homeless person is sitting? Just ask them if you can bring them a glass of water. Or maybe even surprise them with an ice cream on a particularly hot day. Small donations are of course just as welcome as in the cold season. And if you feel that a person needs support, don’t be afraid to approach them.

Support the census on 22 June in Berlin

But how many and which people are we talking about? With a census on 22 June, the Berlin initiative Zeit der Solidarität wants to collect concrete figures and demographic data on homelessness in Berlin. With the help of the information, better help offers should be made possible and political solutions to combat it should be developed.

You can support the initiative by taking part in the census as a volunteer and walking fixed routes together with others under guidance. On the one hand, you document the number of homeless people, on the other hand you ask those who agree 5 anonymous questions.

Get involved in helping the homeless throughout Germany

Of course, there are many other projects in the field of homelessness that would be happy to have your support during the summer. Here you can find a selection of engagement opportunities in different cities.

The coffee carriage brings food, drinks and clothes to hungry people in Cologne-Mülheim every Monday and Tuesday. Support them – either once during a shift or on a regular basis.

Support the Tafel in Cologne as a driver

As a volunteer, you can get involved once a week or more often. As a (co-)driver, you take over a tour from 8:00 am to about 3:00 pm along various supermarkets and collect donated food.

As a (co)driver, you take over a tour to pick up food donations along a fixed route from supermarkets, bakeries, butchers, etc. in the district of Neuss.

Support the women’s shelter “Karla” as a driver for the transport of lunch.

The women’s shelter KARLA 51 is looking for support from a person with their own car to provide lunch transport for our homeless women and children once or twice a week.

Become a driver in the GoBanyo shower bus team

With the shower bus, the GoBanyo team travels to different places in the city several times a week and offers homeless people the opportunity to shower free of charge. You can support them as a driver.

Provide homeless people on the street with food and clothing donations

You support the Berliner Obdachlosenhilfe e.V. in the preparation and implementation of a help tour for homeless and needy people in Berlin. The tours take place every Wednesday, Saturday and Sunday.

Pack and distribute food for the people in need

In its “Laib und Seele” (Loaf and Soul) project, the Protestant church congregation in Kreuzberg regularly distributes food donations from the food bank and gives them to people in need in the neighbourhood (Kreuzberg-Friedrichshain).

Assist at the soup kitchen for homeless people

Serve the City Berlin is looking for volunteers to help the cooks of the Stadtmission to prepare food for the emergency overnight stay for homeless people.

In its clothing store, youngcaritas Berlin gives donated clothes in good condition to its clients. The volunteer team is looking for friendly, reliable volunteers to help regularly 1x a week in the morning.

Get involved in the project “SuN – Protection and a new start for people without shelter”.

In addition to a roof over their heads, the Berlin City Mission also offers various counselling services and meals for homeless people through the SuN project. Volunteers are especially welcome to help with the preparation, serving and follow-up of meals.

Would you like to get involved in other areas of homelessness this summer? Then you can find more projects on vostel.de.

Your vostel.de team wishes you a great volunteering experience!

Volunteering in Hamburg | 5 projects you can support now

5 charitable projects for your volunteering in Bonn