Volunteering with vostel.de | A little Guide 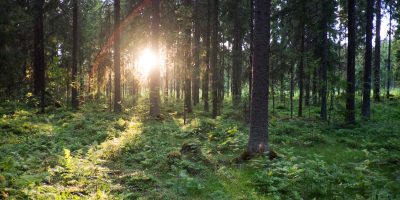 For queer people, war does not have to be the trigger for fleeing, as is currently the case in Ukraine. Many are also exposed to daily discrimination and threats in their home countries. Did you know that in over 70 countries around the world, people with a non-heterosexual orientation are still being prosecuted? And sometimes even threatened with the death penalty?

The map of ilga (International Lesbian, Gay, Bisexual, Trans and Intersex Association) gives a good overview of the legal situation worldwide. And even if laws do not explicitly persecute LGBTQI* people, they are still systematically discriminated against in many other countries. For example, through vague legal texts on public indecency. In addition, there are threats from fellow citizens or even family members. For many, this is a reason for fleeing their homeland, even in times of peace. For queer people, fleeing is often associated with particular challenges.

Challenges of flight using the example of Ukraine

Even before the outbreak of the war, many queer people have faced constant threats and hostility outside the liberal capital Kiev (see Deutschlandfunk Nova report). With the invasion of Russian troops, the same homophobic laws now apply in the Russian-occupied territories as in Russia. If LGBTQI* people decide to flee, additional hurdles are added to the already difficult conditions on the route.

Looking back, I wish I had had more options. I was discriminated against and ridiculed during my escape. And I simply needed someone to protect me.

The wrong sex in the passport

For many trans people who have a male pronoun in their passport, the first difficulty is being able to leave the country at all. This is because Ukraine has enacted compulsory military service for all male citizens. They are often not taken seriously and discriminated against by the authorities and border personnel.

If they have made it out of their own country – e.g. like Zi across a border river – then they are usually exposed to hostility from other people on their further journey (outside their safe space) without protection. This can lead to assaults or even (sexual) harassment, e.g. in mass accommodation. And even in the countries of arrival, safe and long-term accommodation is not necessarily guaranteed, as prejudice and discrimination can exist here as well.

During the flight and also in the country of arrival, people do not have (or at least not immediately) access to necessary medicines such as hormone preparations for Tans persons.

So homophobia, biophobia and transphobia make it even harder for people in the already difficult situation of fleeing. Fortunately, there are organisations like Queere Nothilfe Ukraine that work to protect LGBTQI* people from Ukraine. If you want to support them, the best way to do so is to make a donation.

If you want to get involved with projects supporting queer people here in Germany, you can find some opportunities on vostel.de.

Volunteering with vostel.de | A little Guide