Special projects to support people from Ukraine can be found here. 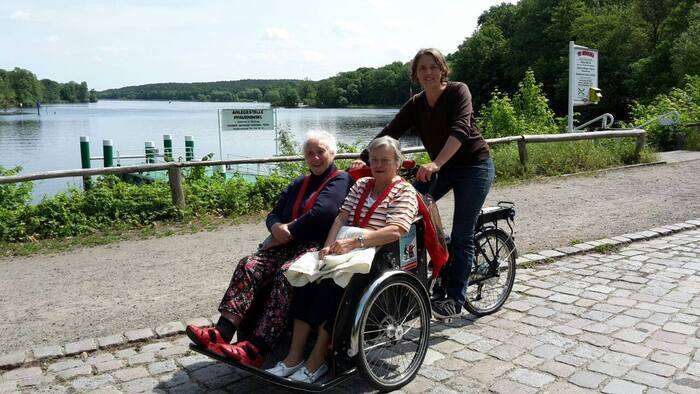 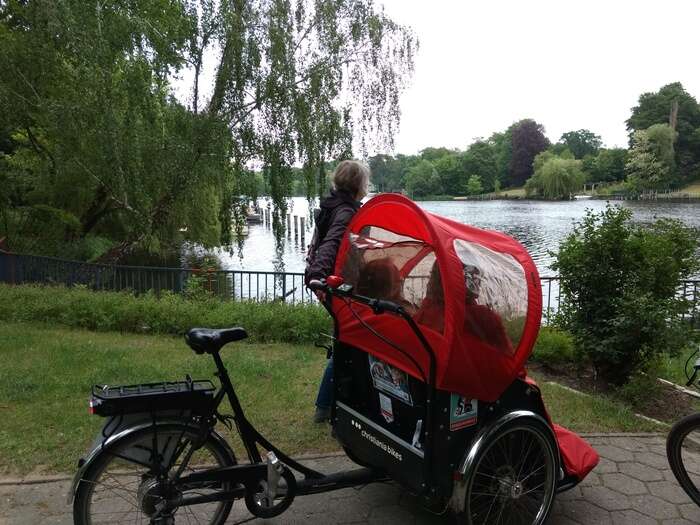 Senior citizens from five nursing homes in Berlin Wannsee are taken for a walk on an electric bicycle rickshaw. In the front rickshaw two people can take a seat in front of the rickshaw driver. The rickshaw driver receives training and then regulates his or her commitment independently via a doodle calendar, when, how often and for which nursing home he or she wants to offer rides.

To take rickshaw rides for 2 hours once to four times a month for senior citizens. The rickshaw driver independently calls the nursing home to announce the ride, which he has announced in advance by means of a doodle list. The volunteer maintains contact with the rickshaw captain in Wannsee, who coordinates the rickshaw trips.

For this volunteering opportunity, intermediate German skills are required.

The volunteer should know the German road traffic regulations and know how to ride a bicycle. Openness for elderly seniors with disabilities, but also the desire to get in touch with them is an advantage. The rickshaw drivers are insured by the parish of Wannsee.

Regularly
Discussed individually
On weekdays, on weekends, during the day

The German road traffic regulations should be known.

A team of volunteer rickshaw pilots take senior citizens from five nursing homes for a ride in a Christiania bicycle rickshaw. The volunteers are insured through the church community and can plan their assignments very individually.

We are part of Radeln ohne Alter e.V. with the location Berlin/Wannsee

You're not signed in

We use cookies and analysis tools to help us optimize our website and provide you with a better volunteering experience. These allow us to analyze important features and volunteering opportunities. You can find more information in our privacy policy. Thank you for your consent.